In this project by architect Antonin Ziegler the agricultural honesty of a once-ruined barn is now the central feature of the house. The wooden bones of the old barn have been clad in a zinc envelope but still define the interior. Internal structures for sleeping and bathing have been added in equally simple breeze blocks and cement, while glass windows slice through the space, giving views of the wheat fields of the Regional Natural Park of Boucles de la Seine.

But within the rustic simplicity there is still space for playful touches. Above the dark monolithic kitchen island unit, fitted with an equally sleek GROHE Concetto faucet, a line of outsized bare bulb lights create an appealing decorative feature. The bedrooms are tucked into the wooden beams, where hay was once stored. And yet luxury has been incorporated too – a swim/spa space uses simple materials to emphasize the beauty of the beams that soar above it.

Installed GROHE products in this project 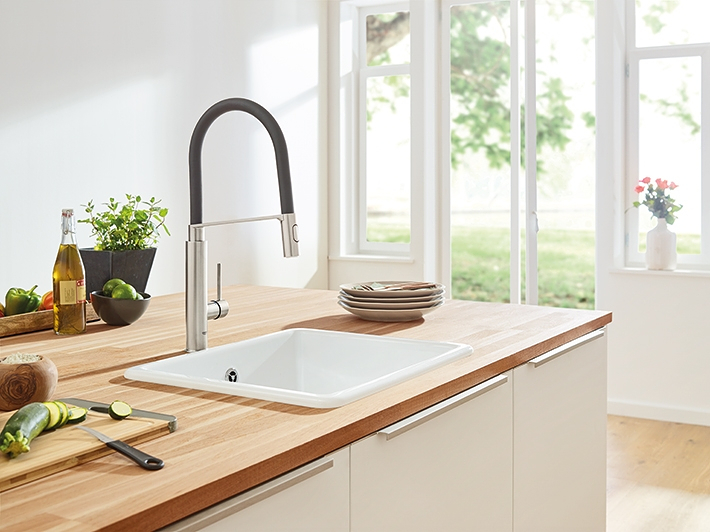